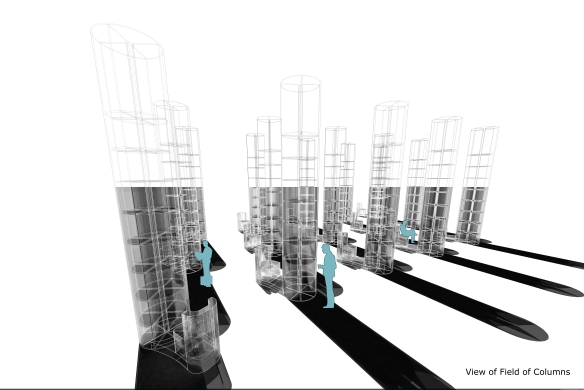 To be honest in most of my history classes in Italy I found the best place to sit on our walking tours, and tried catch up on sleep, so I actually had to do some refreshing to make this post.  Caio Barboza’s “The Danteum Redux” project pulls from the Divine Comedy, an epic poem written by Dante Alighieri often seen as one of the greatest works of literature today.  The Danteum was an un-built monument to Paolo Di Canio designed by the modernist architect Giuseppe Terragni.  Caio translates the story into the programmatic relationships within the library.  The spaces are broken up into the three different realms Inferno, Purgatorio, and Paradiso.  Check it out after the jump and tell us what you think!

“At the urban scale, the new Danteum opens up its main facade to its adjacent tower attracting visitors from the nearby traffic intersection. Its cruciform-like spatial distribution hovers over the manipulated landscape separating the building into three different realms – hell, purgatory, and paradiso.  The realms are characterized by distinguished programs, organizing visitors into spaces of their interest within the building.  As a result, this construct becomes a 3-in-1 building attending to the tourist, local, and academic social circles of Rome.

The building forms itself through two layers – groundscape and spatial.  The former is defined by existing planometric building lines along regulating cuts, incisions, punctures, and folds, always to be habitable.  The latter derives from analysis and refinements of Guiseppe Terrgani’s early sketches for the Danteum project serving as a generator for spatial objects. 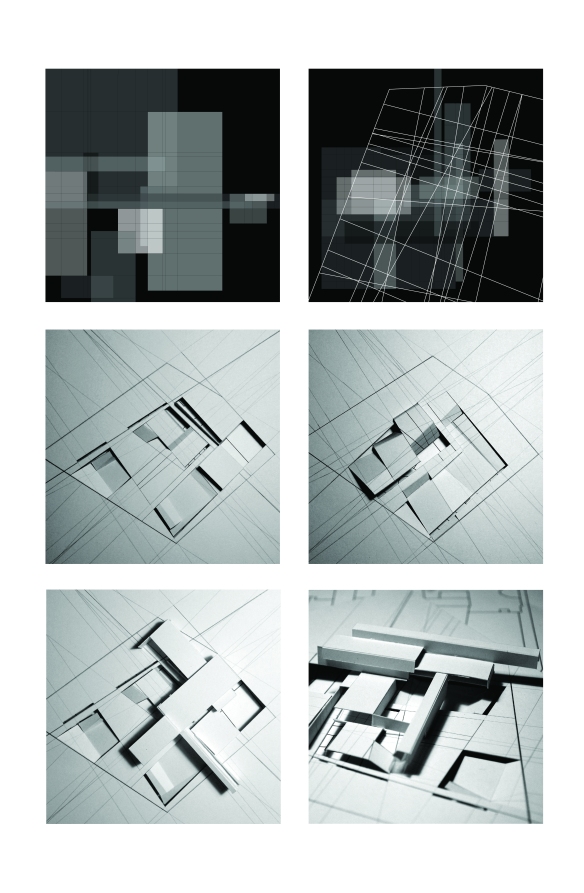 Not only new, but carefully redesigned, the new Danteum incorporates ideas abstracted from The Divine Comedy and Terragni’s original design as means of celebration to what is considered today both one of the most famous pieces of literature and never-built architectural projects in the world, respectively.

Never having met before, both side and space come together and respectfully morph each other to accommodate for the needs of the project.  The morphological processes should be seen as the many transformations present in the gradual transition Dante Alighieri undergoes in The Divine Comedy.”        – Caio Barboza