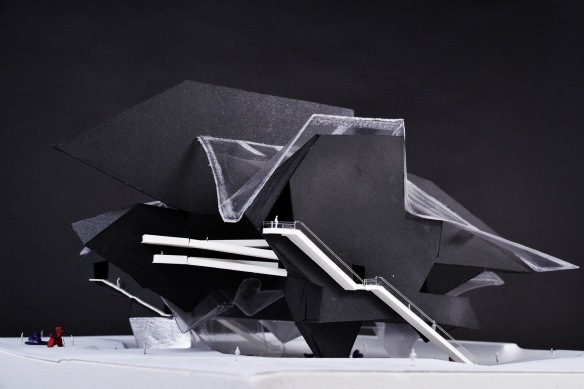 In this project we can quickly see the heavy influence of Tom Wiscombe on Kervin Lau’s Zero Gravity Theater.  The exoskeleton of the facade and interior space are generated so as to create a “cavernous space” for the user to travel through.  Each move of the exterior is then forced to correlate to an interior condition, as the facade pushes and pulls to actually generate programmable space.  The project does reside next to Frank Ghery’s Walt Disney Concert Hall, so the project certainly fits the extreme landscape, yet the volumetric shifts hold a more intriguing personal interaction between site, circulation and program.  Check it out after the jump!

“After studying the Tokyo Opera House and the Beinecke Library as precedents, this project tries to solve the “Box within a Box” problem by manipulating the outer skin in a way to respond to the internal figures and break away the offset of the typical box within a box. The space between the skin and the figures, “The Liner” creates dynamic spaces that change scales in the transition of the whole. 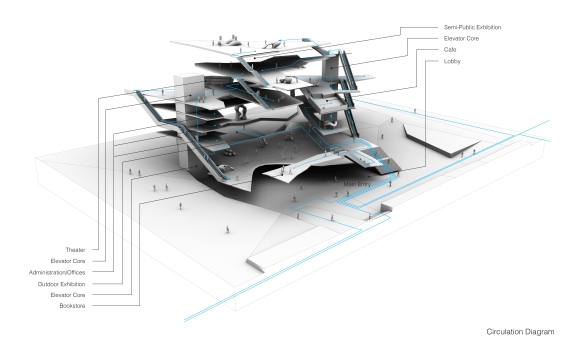 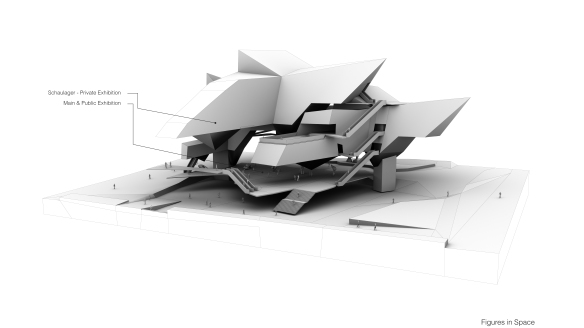 The main idea of the project is to have figures “hanging” to create a space with “Zero Gravity”, having a experience of a “cavernous space”. Also, there is a relationship between the sack and the figure by the help of the tattoo that joints them together visually and structurally, generating a “super-component” scheme. 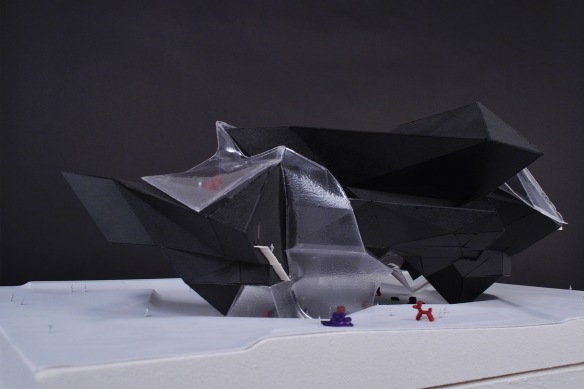 The building is located on the corner of Grand Avenue and 2nd St, next to the Walt Disney Concert Hall and to the MOCA. The main entry is on the North-east corner, facing the concert hall, because of its easy accessibility to the public, in both pedestrian and vehicular. The scale of the building is meant to be that size because of the idea of “cavernous space” and because of its vicinity to the Frank Gehry’s Concert Hall, the intention of the building wasn’t to be smaller or bigger but in the same language and scale.” 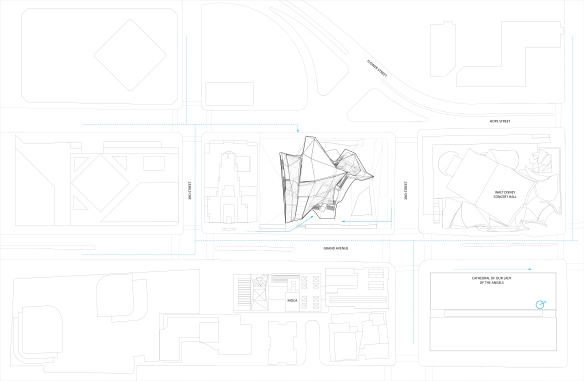