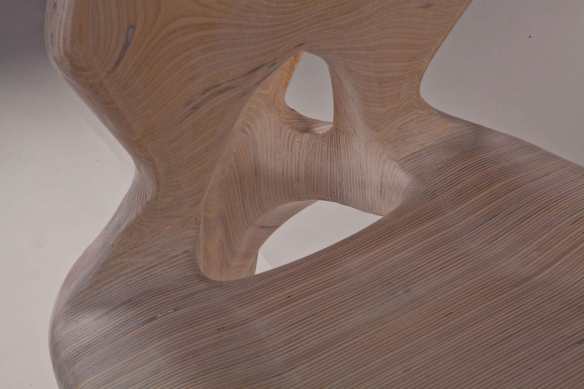 It seems at every point in an architect’s career designing a chair is a must, maybe it is because it is the purest tangible object in which form follows function.  Designing a chair creates the desire to master this miniature structure yet hold to its minimalist form. Eames was obsessed with bringing his designs into realization, much like Guillermo Bernal was in creating his CNC Exocarp Chair.  Guillermo Bernal fascination with reptile and fruit scales comes through in his personal chair design.  Check it out after the jump! 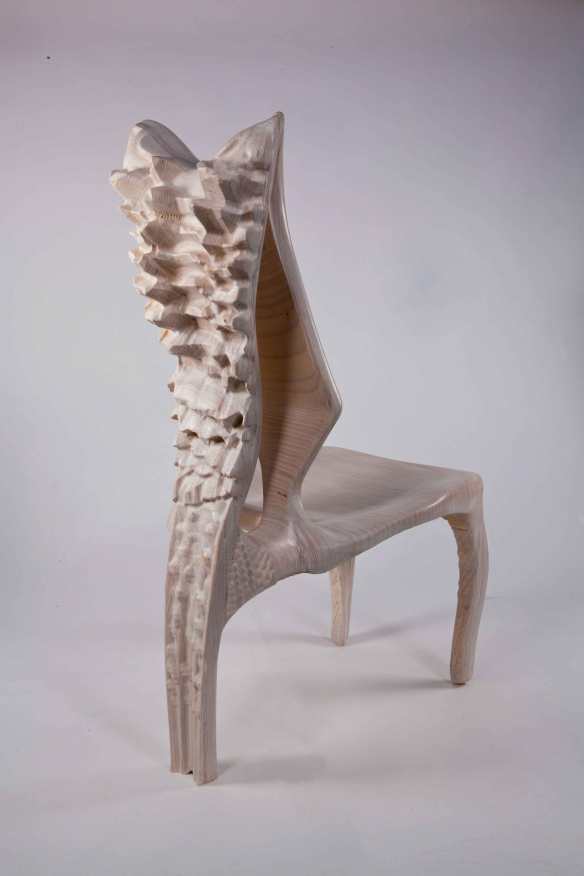 “I have been fascinated for the longest time with reptile’s skins and fruits with a tough skin.  I find fascinating the duality and poetics that are involved in such complex systems; the way that they perform and look is primarily functional. The tough skin on a cantaloupe or an avocado is designed to protect the fruit from the penetration of pesticides or to prevent insect damage.  In the case of reptile’s scales, the purpose is to increase the skin’s resistance to water, further reducing moisture loss.  Some scales may be modified for specialized functions, such as protective spines. This notion of function vs rough beauty is something that I find highly intriguing, so I started to play with the idea of creating objects closer to the human scale that deal with the same system. 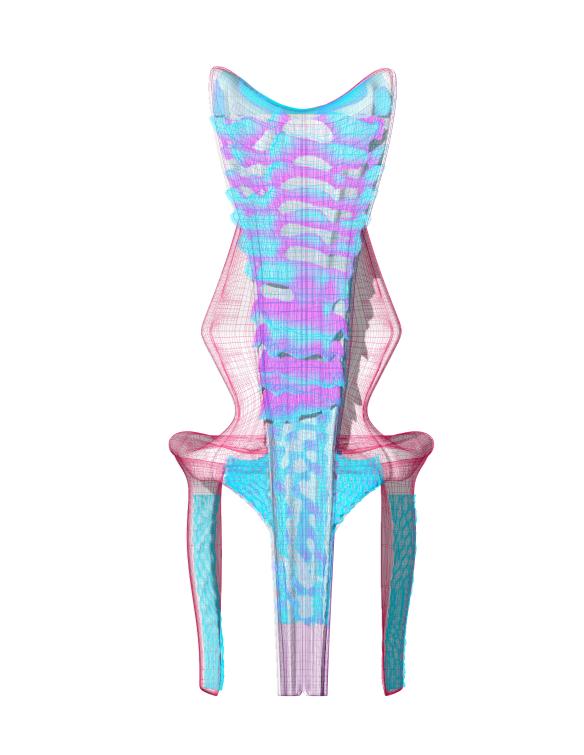 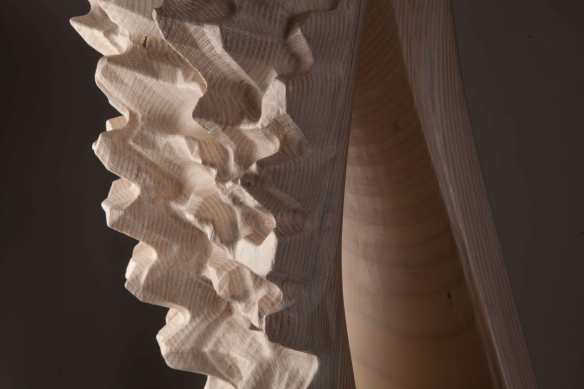 When I began to develop the chair, I started to look at how this notion could be addressed without completely replicating the systems mentioned above.  I began to look at surface studies and ways to implement them in a specific topological condition. The design of Exocarp came about by separating the areas where the body would touch the chair and areas where an extrinsic agent might try to approach the chair. Thus, the areas that the user touches the chair became smooth and comfortable whereas the areas approached by an extrinsic agent became texturized using a script that uses a perlin noise algorithm to generate the irregular texture, where the script to generate the irregular texture increases in amplitude proportionate to the surface area. 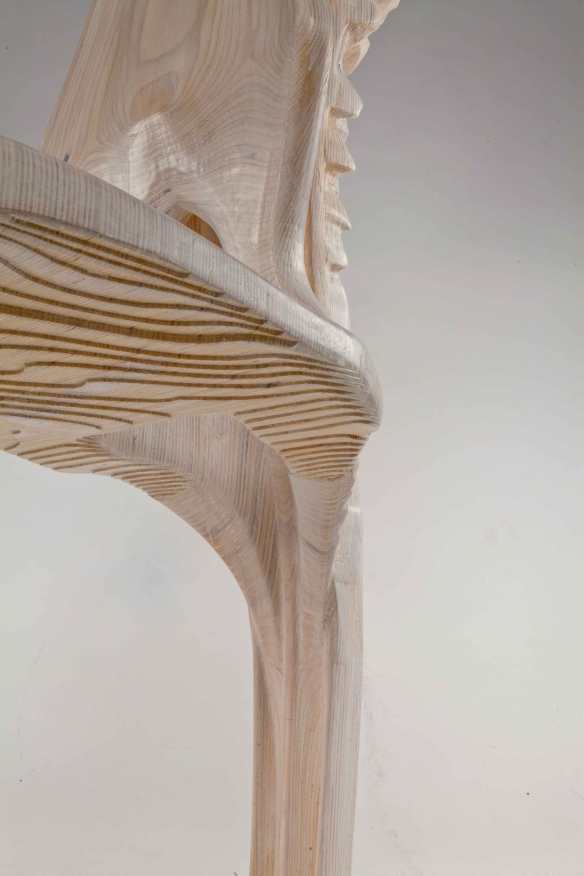 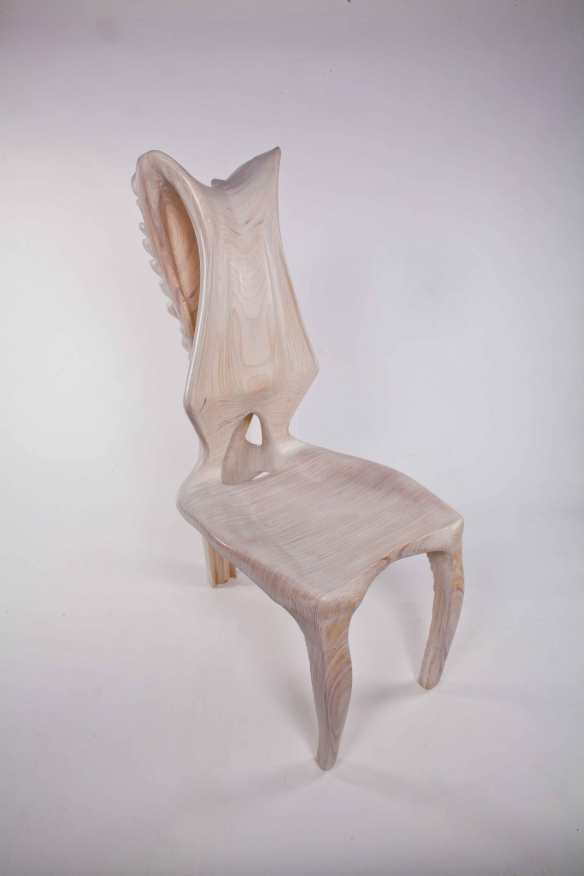 Through the use of birch plywood, a secondary pattern emerged through the variation of grain.  This pattern was not really predicted and it was truly a wonderful surprise that can only be achieved by the use of CNC machines. This type of investigation starts to give more of an understanding of material and craftsmanship, as opposed to simply generating an output from a file; by layering the material and paying close attention to detail, a more personal product can be achieved through digital means, as opposed to a generic and utilitarian form.”