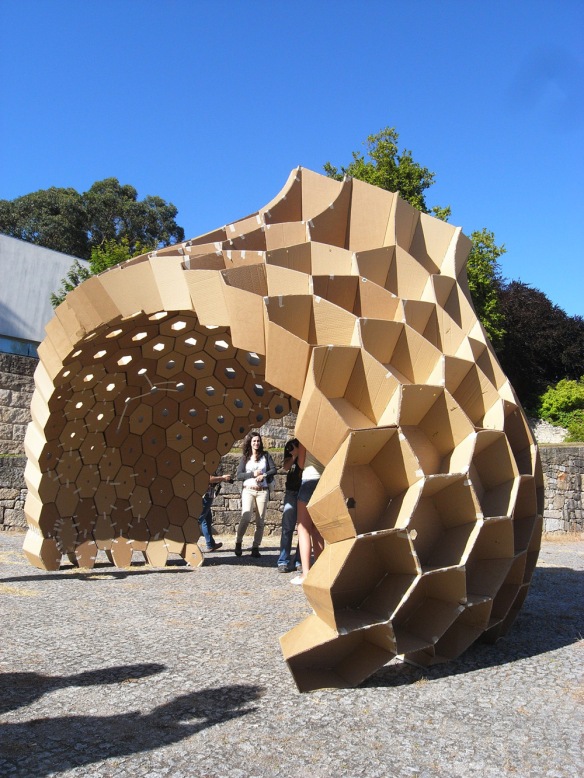 Today we checking out a 3rd year constructive geometry  course at the University of Porto, where the students explore computational design processes in order to create structure. The classes of 46 students choose one example and brought it from design all the way through to constructing a 1:1 cardboard scale model. Although a digital exploration, the individual panels were all hand cut and pieced together in teams of two, as access to other digital means wasn’t possible.  Check it out after the jump!

“On its 3rd edition, the course on Constructive Geometry at the Faculty of Architecture of the University of Porto (FAUP), has finally reached the 1:1 scale! For their last assignment of the 2nd semester, 46 students investigated the design of dome structures using computational design processes. 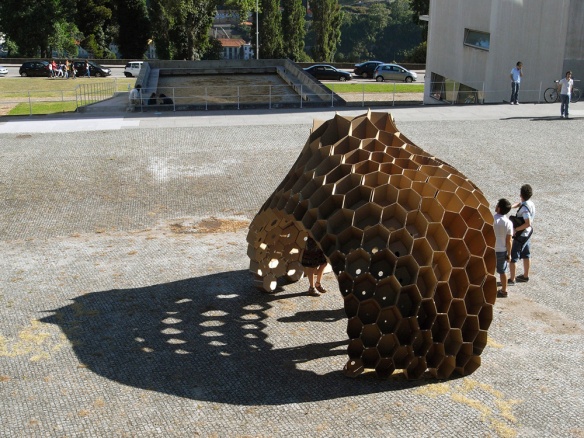 Differently from previous editions, this year goal was to select one solution and build it at full scale using corrugated cardboard. For the selection process, a review was set-up where the groups had to show the mock-up of a building component to inform the general discussion about the design interest, production timeframe, economic feasibility, and structural integrity.

In the end, the class selected the proposal based on a honeycomb structure with the inside covered by perforated panels. Exploring geometric adaption, both the global form and the panels’ openings are parametrically controlled according to a specific orientation defined by the user, which can be related with environmental concerns (e.g. lighting, ventilation…). Moreover, the openings increase in size according to their spatial coordinates in height to improve the structural efficiency of the construction. 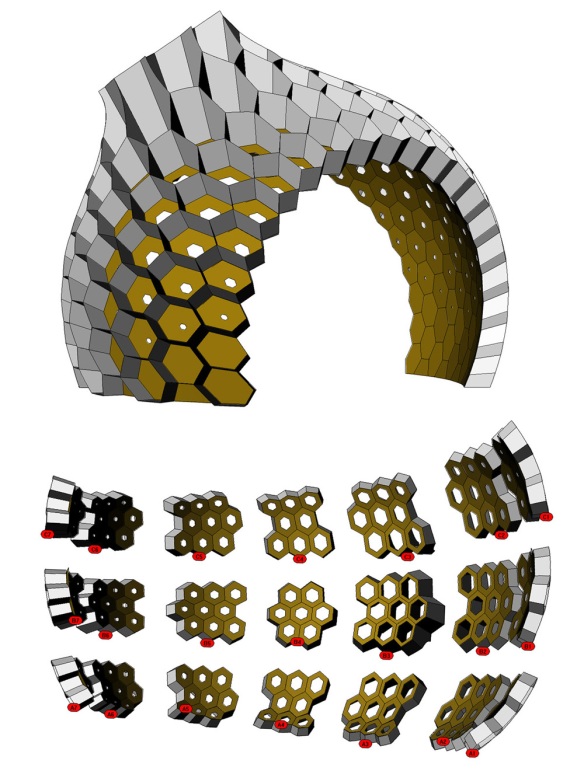 After two weeks of geometric refinement, the class carefully planned the fabrication and assembly process. A total of 185 hexagonal cells and 185 perforated panels were organized in 21 parts for pre-fabrication. Each part was assigned to a group of 2 students, who became responsible for the digital flattening fabrication of the individual pieces, and their assembly. Given that it was not possible to use digital fabrication equipment, an alternative method was deployed – the contours were plotted and then cut by hand in the corrugated cardboard panels. This process took two days and a half to be completed. 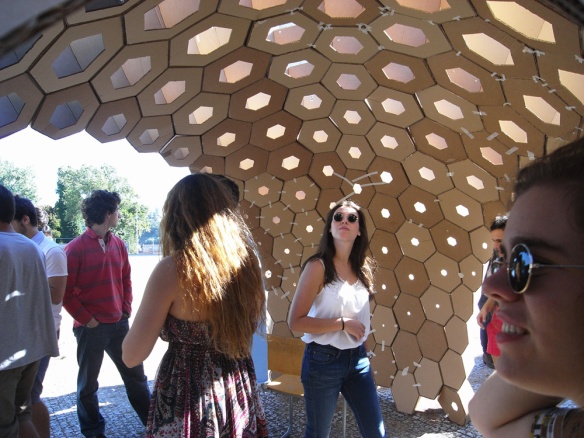 On a shining Wednesday afternoon, the class finally started the assembly of the Pavilion in the exterior space of the School. Three arches made out of 9 pre-fabricated parts each were assembled in the ground, and then elevated and joined together with simple bolts. The installation of the Pavilion was meant as a preview for a definitive installation in September, during the official opening of the 2012/13 academic year. So, it stayed up during the afternoon and was later dismantled to be kept on a safe place for that venue. For the students, this moment was an interesting opportunity to experience something designed and built at 1:1 scale during their educational period at the school. The Pavilion was a demonstration of using computational design tools to conceive and materialize geometrically adaptive design solutions, by exploring mass-customization logics and intensive collective collaboration. Aligned with similar initiatives taking place in some other international schools, the Constructive Geometry Pavilion reinforces the position of FAUP at the forefront of the teaching and research on digital technologies in architecture in Portugal.” 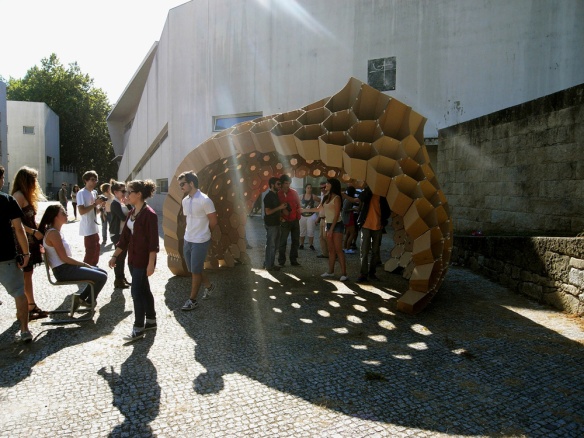 All text and Images from www.suckerpunchdaily.com