This architectural thesis really touches upon on the most common learning disabilities today, dyslexia, a common disorder that affects the brain‘s ability to receive and process information.  However when you have a learning disorder you learn tools quickly to help you to become able to understand and continue learning, much like I had to myself at a young age.  Andrew Green seems to have reached into his visual imagination to fuel his architectural understanding, where he used his disabilities visual connections to map the direction of his thesis.  Check it after the jump! 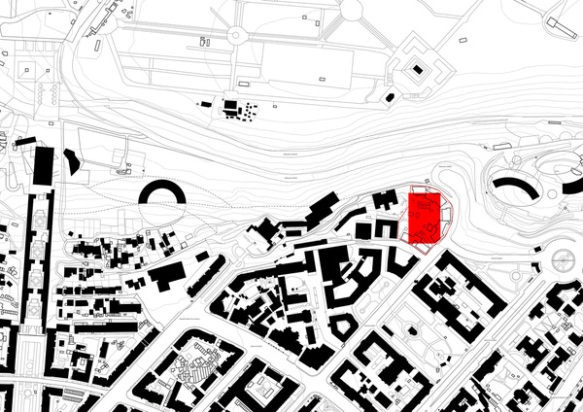 dyslexia |disˈleksēə|
• a general term for disorders that involve difficulty in learning to read or interpret words, letters, and other symbols, but that do not affect general intelligence. 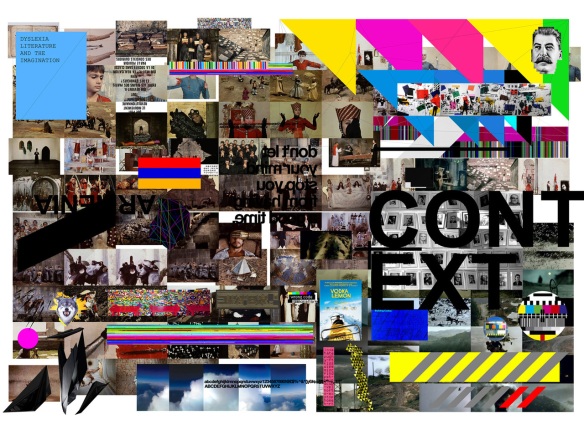 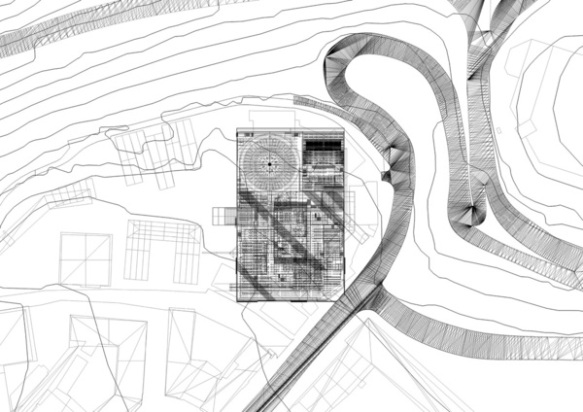 “The graduate design thesis was established following a conversation about my personal experience with dyslexia. The notion that my dyslexia has restricted me from reading my entire life. In particular, never reading a novel, which has subjectively restricted my imagination…

Frustration at my inability to read and ingest text at an early age lead to a loathing avoidance. I used to look at people reading and wonder what possessed them, what pleasure was gained from it, when ever I attempted to read it would always lead to irritation, anger and disappointment.

The dyslexic mind works through the connection of visual images and the relationships between them. There is tremendous potential in the theory as it gives license to imagine and dream all without any external visual precedent, opening up an endless field of opportunities.

“Imagination is everything, It is the preview of life’s coming attractions”
-Albert Einstein. 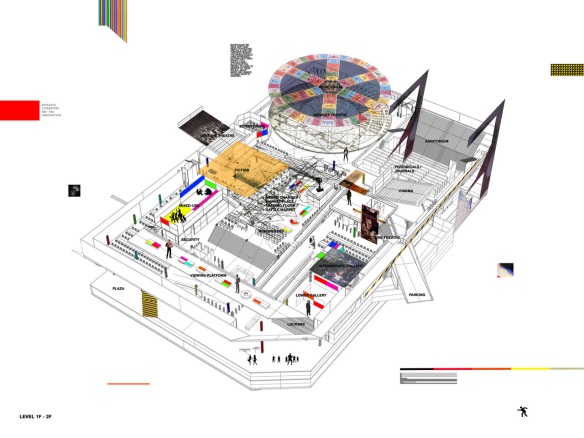 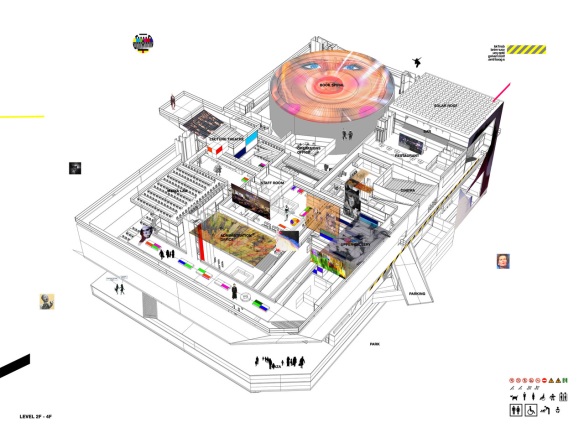 A collection of 20th century novels form the conceptual basis of the thesis and a series of abstract allegorical artworks attempt to translate visceral ambiguities of the imagination into abstract two and three dimensional space. Each artwork responds directly to individual and collective themes and scenarios within the novels; exploring space, atmosphere, composition, ephemerality, form and colour.

Initial research of language and literature lead to site selection in Yerevan, Armenia, a country with a tumultuous past that has origins at the very beginning of recorded history. A period of Intensive contextual analysis revealed a country is saturated in vibrant colour and aroma with a rich, complex history of language and literature and a diverse cultural grain which is reflected in the physical environment and its native people. 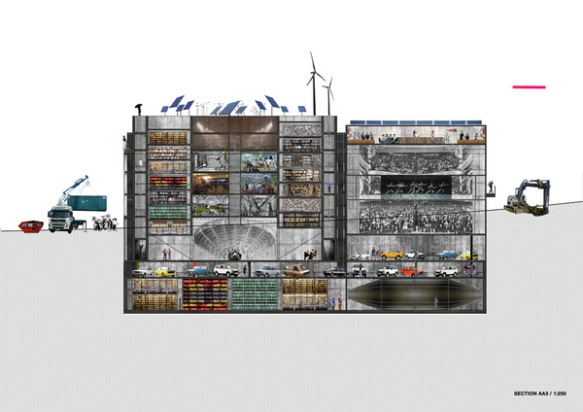 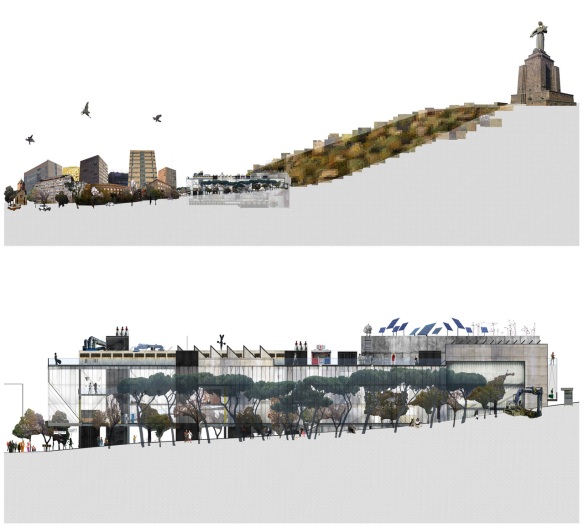 The program is derived from ideas explored within the design studio and as a response to the unique political and cultural context of Armenia and the city of Yerevan. The building is fundamentally a repository of knowledge that distributes and provides access to information, fulfilling its archival purpose of preserving knowledge and its public purpose of accessing knowledge. 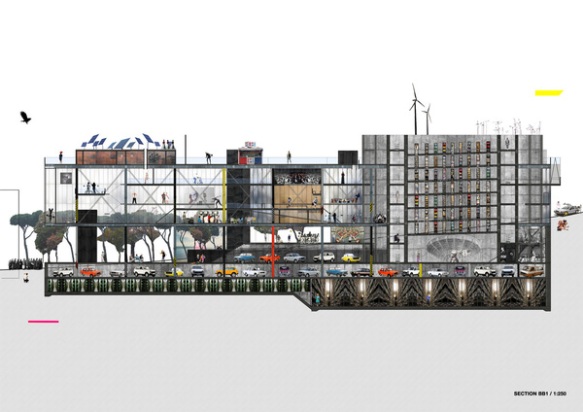 The supremacy of the book has been challenged by the digital revolution. Now knowledge is virtually everywhere: it has broken free of the constraint of buildings. Electronic knowledge is nowadays available to everybody, practically everywhere, however, just as the printing press changed access to knowledge, information technology has revolutionized the library. The library is no longer a functional container but a cultural icon, a symbol of intellectual regeneration and metaphor for contemporary zeitgeist society. 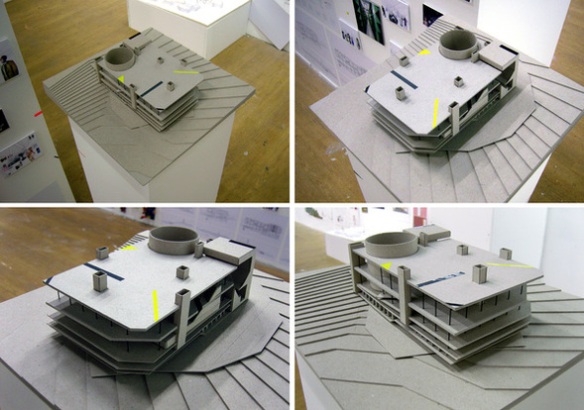 Architectural composition draws on the exploitation of spatial and architectonic qualities inherent within the artworks. Certain scenarios within the novels are manifest within the architecture and it is possible to imagine distinct situations in terms of their unique spatial relationships. The building is conceived as a complex network that establishes a series of interconnected relationships between; scenarios within the novels, programmatic, departmental and ancillary functions of the building, intricacies of the libraries collection, predicted events within the building and their fusion with the cultural and physical characteristics of the site.” 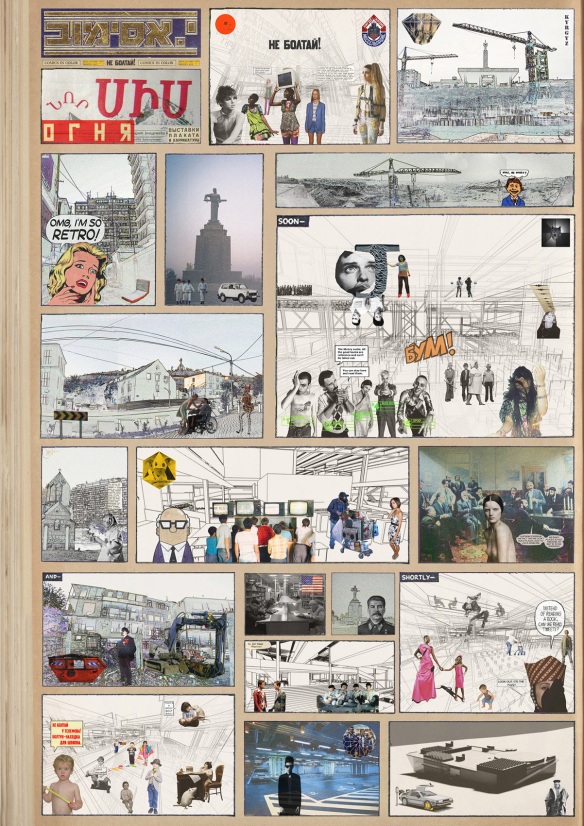 All text and images via Andrew K Green